This project is a game made for a 3D Games Programming module at university, where students had to program some form of game in a framework and language of their choice. It is a terrain engine programmed in C++/HLSL using the DirectX June 2010 SDK with an added game element on top. My project score the second highest mark in the class (78% overall).

The game is a basic ‘find the spheres’ concept, where the player has to locate 13 spheres in the game world before the score runs out. The locations of the spheres are randomly placed around the game world prior to the game start (they can’t be generated in the terrain) and the player must use the two cameras and minimap to work out where they are. While basic, the game is more challenging due to the sensitive camera and the all-keyboard control system.

I aim to continue working on this game in my spare time, adding in features such as: 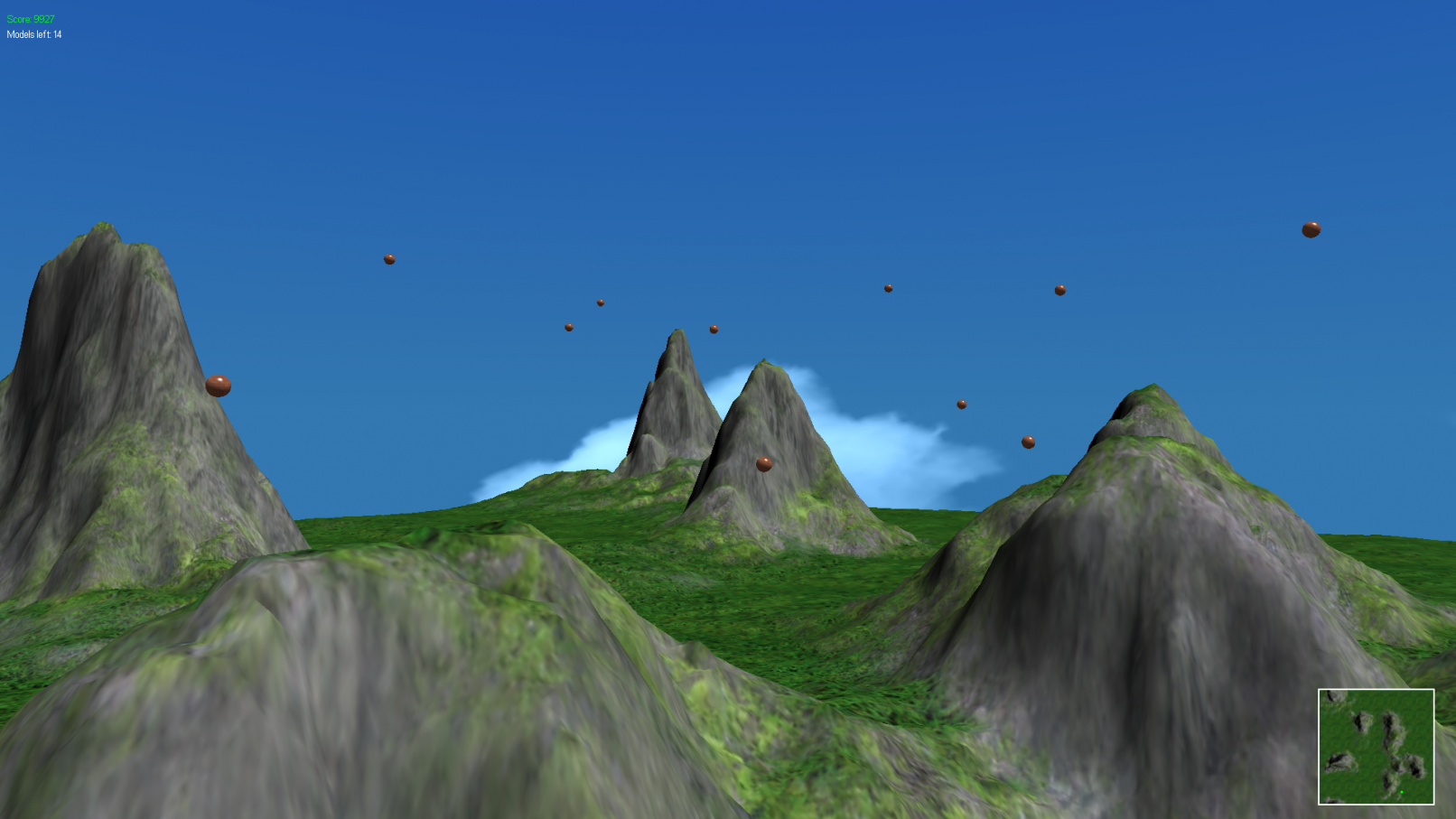 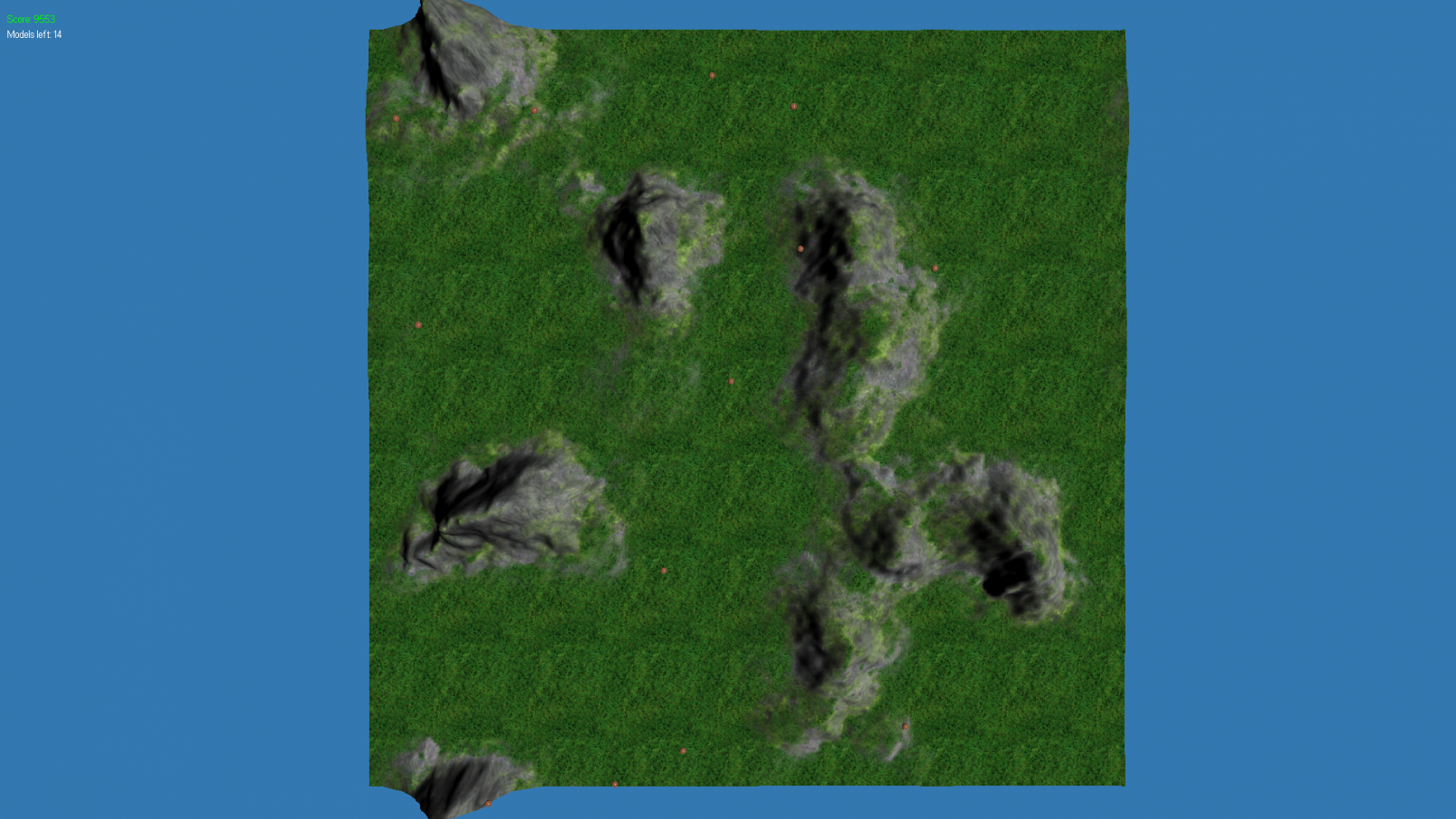