Number Wizard 2000 is the first game that I made using Unity. To play the game, the player must think of a number between 1 and 2000 and the computer must fail to guess it correctly. The player controls the game by clicking one of three buttons (Higher, Same or Lower) depending on the computer’s guess.

The development of this game covered various basic areas of learning including:

As this game was part of a course, I decided to expand on it myself. I did this by putting in text output that shows the computer’s remaining moves, as well as by implementing a check to compare the computer’s current guess and previous guess. This stops the user from cheating to win, as they could continue to press buttons and the win screen would appear when the moves ran out. The game also uses  Random.Range() in order to generate completely random numbers, rather than a mathematical formula.

The game can be downloaded below. 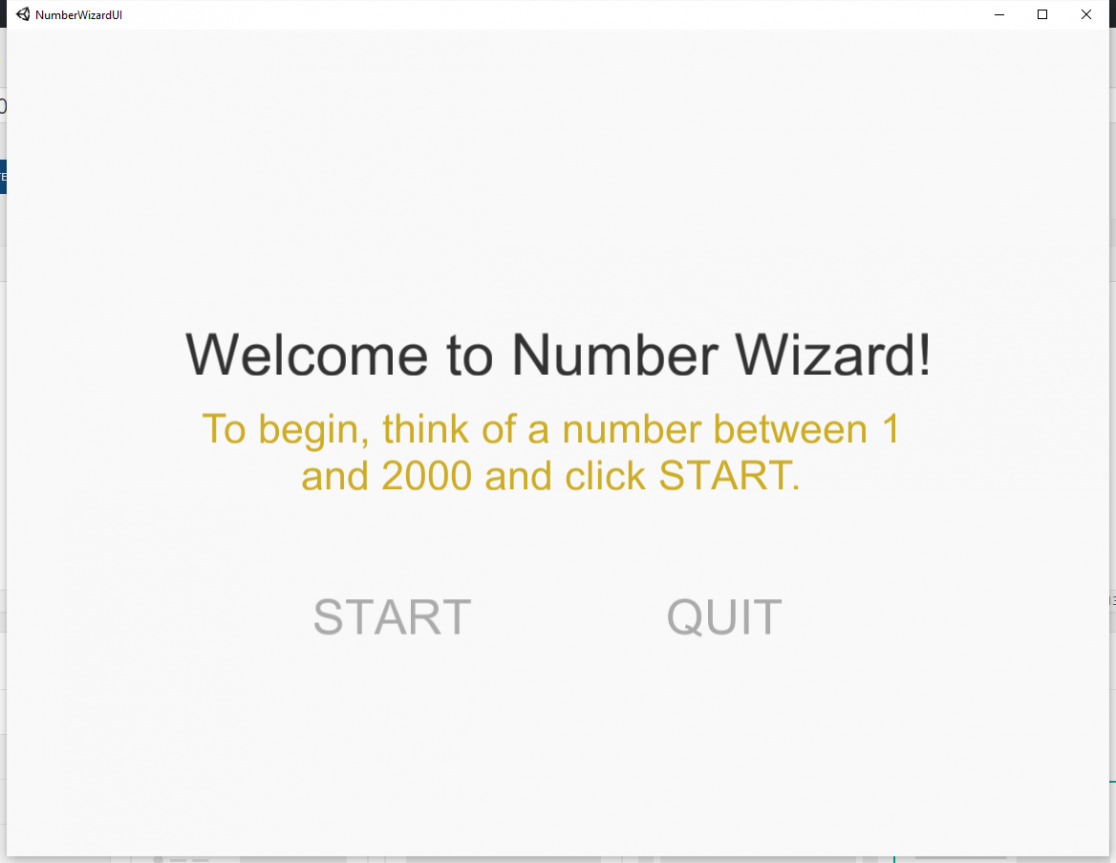 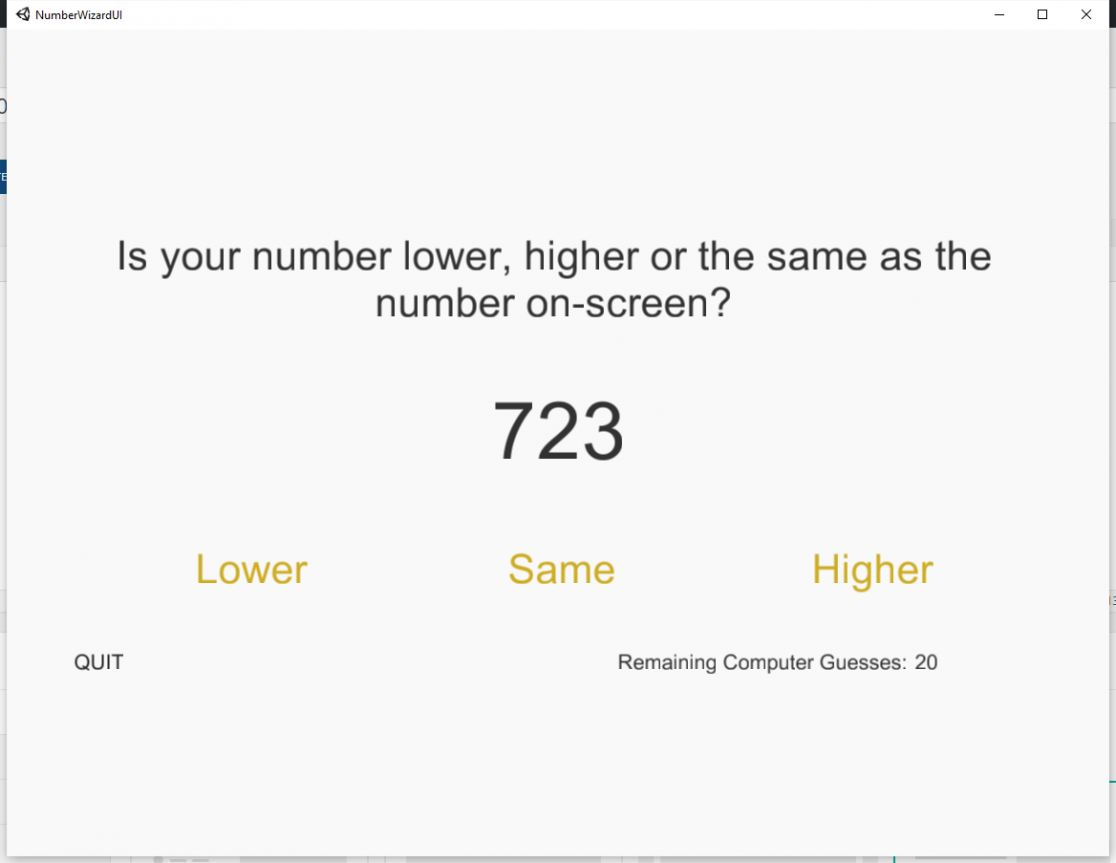 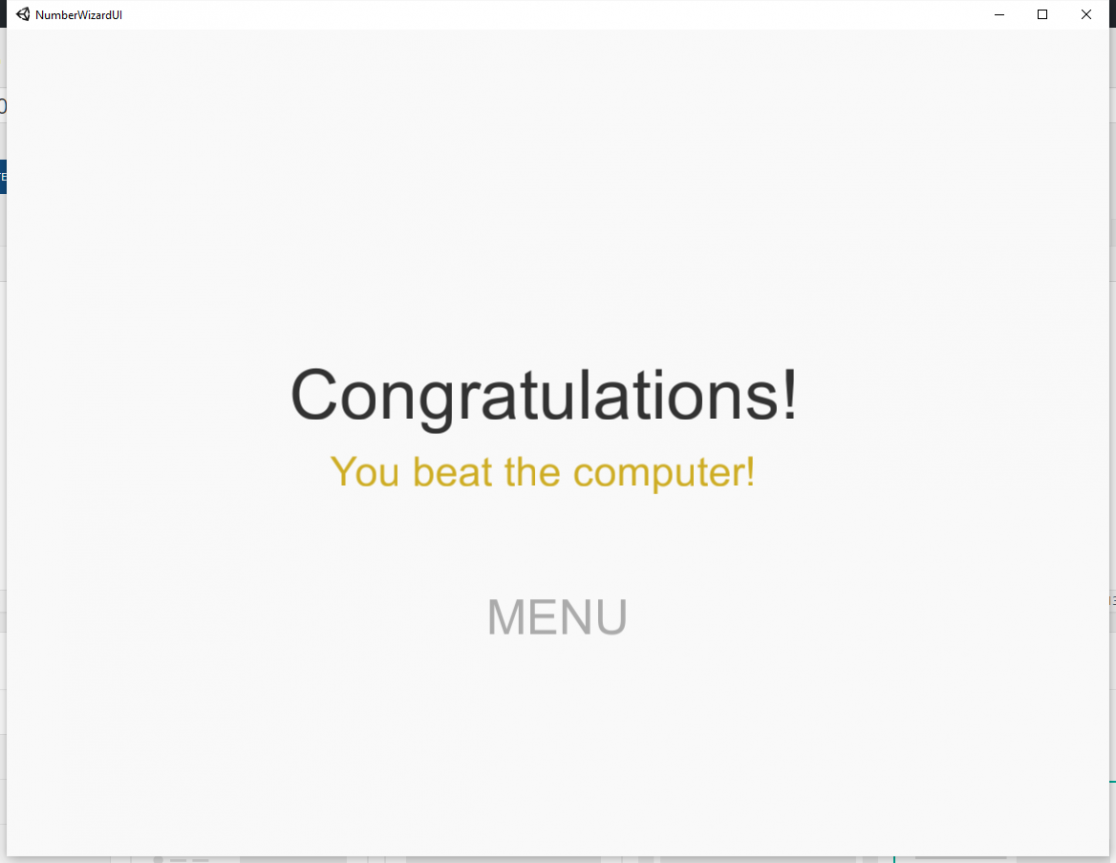 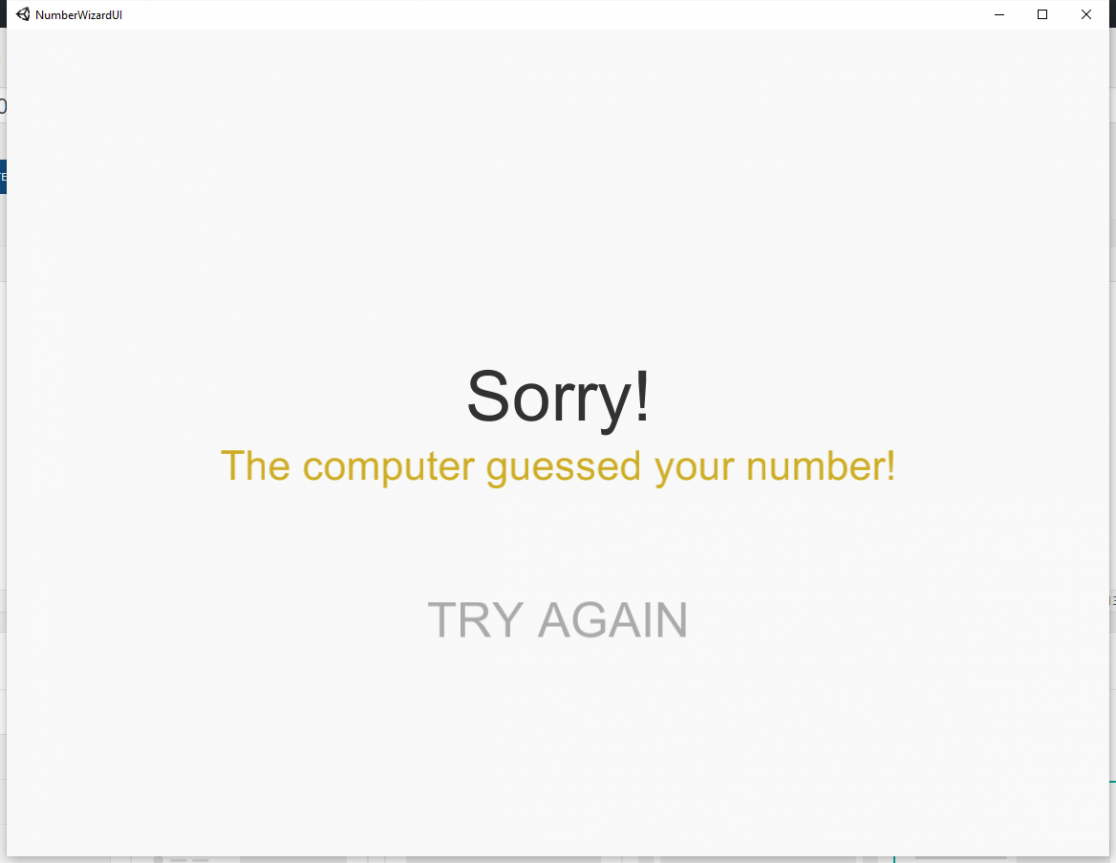