Spooky Supremacy is a multiplayer game developed as part of a year long module in my final year. The module has programmers and designers form teams and make any game from the concept phase all the way to a playable demo.

Our team is made up of four programmers and is therefore focused on technical aspects, although I did use my knowledge of games design from my placement year in order to lead the creation of a games design document.

Our game is a 2v2 four-person shooter played over LAN, where one player on each team plays as a human, and the other plays as a ghost. The goal for a human is capture the domination points on a map and eliminate enemies, whereas the goal of the ghost is to interact with traps placed on the map to hinder the other team’s progress. The gallery contains more information about gameplay.

My roles for this project included:

A video of the project is coming soon! 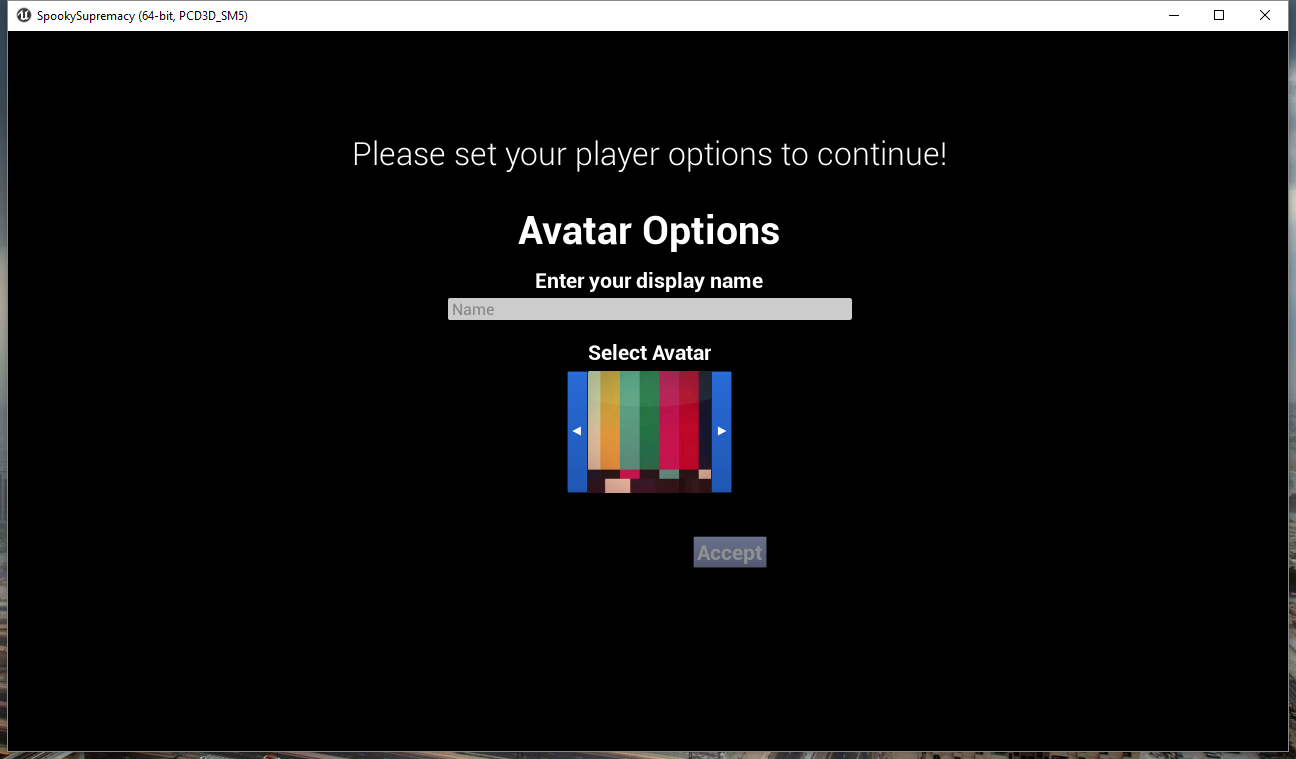 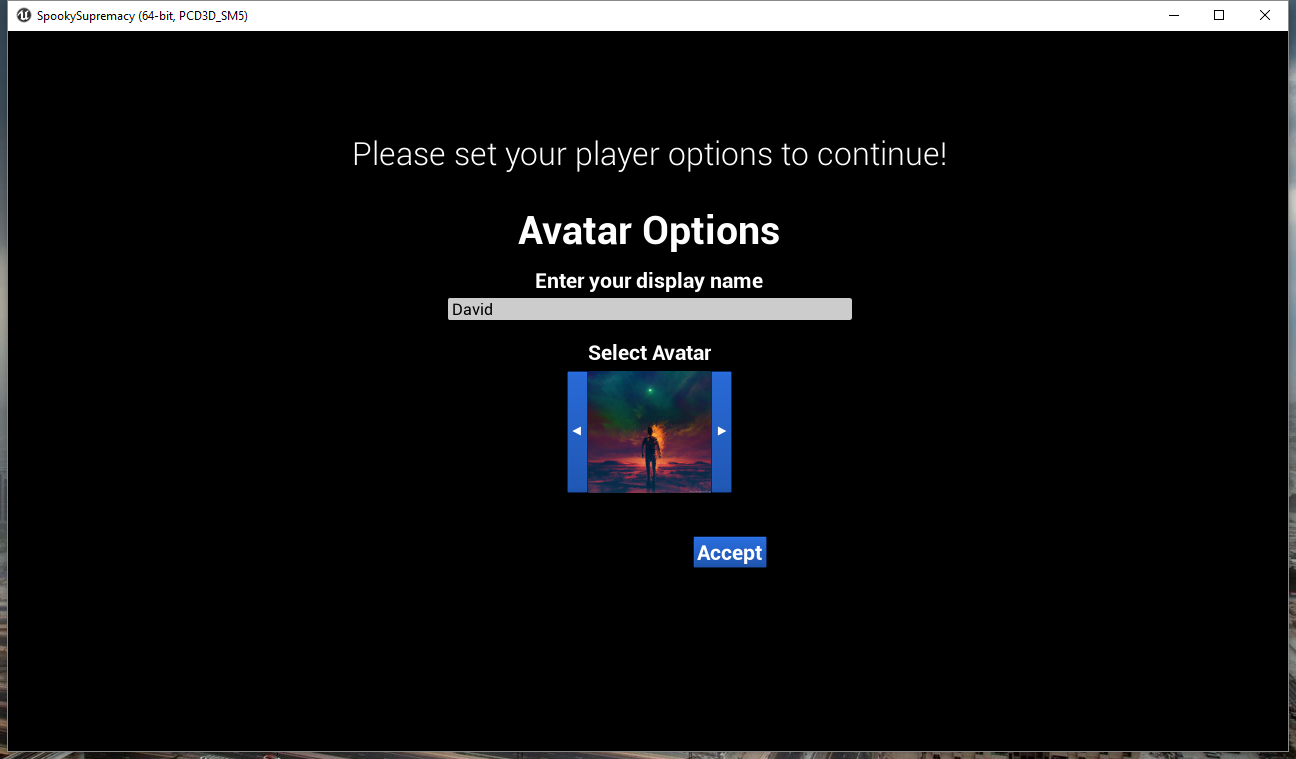 The Host menu. Allows the user to set the server's name and number of players (between two and four).

The connection type is greyed out for the purpose of this build, but could be expanded to include systems such as Steam. 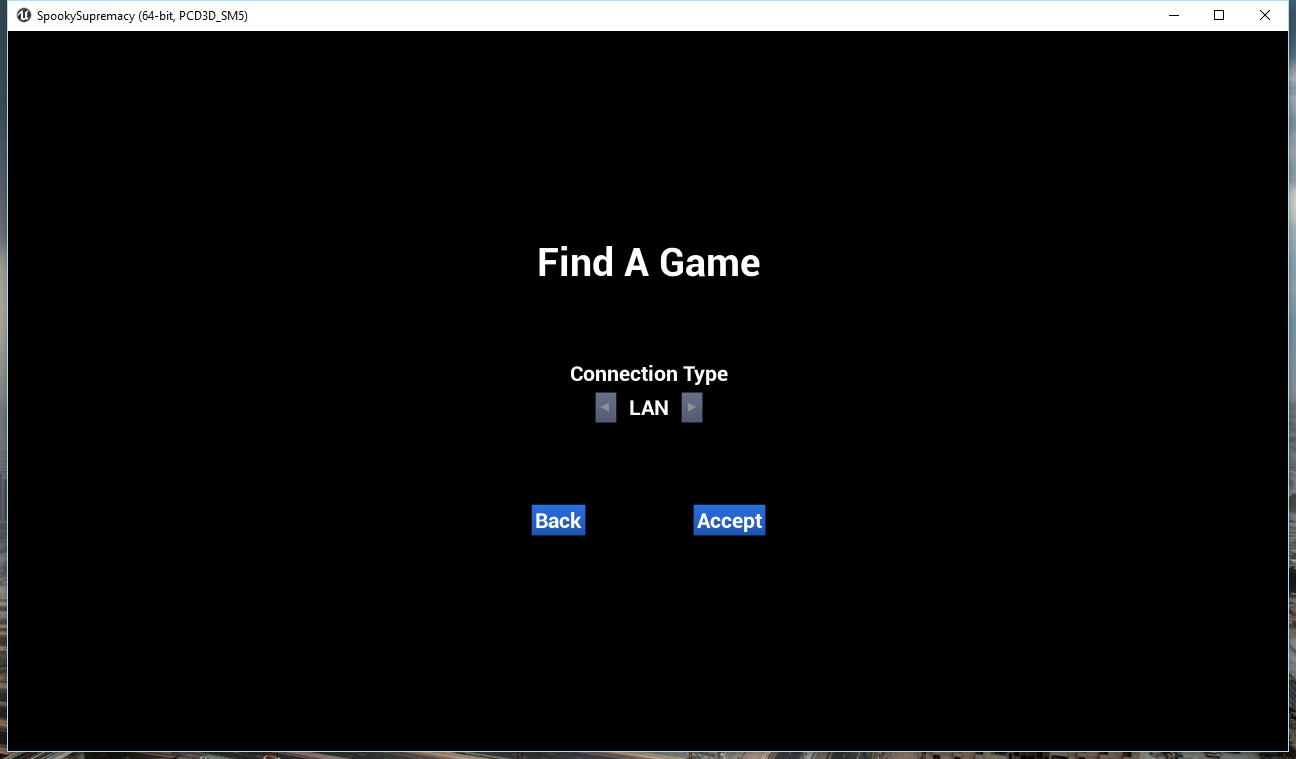 The Find Game screen. Allows users to connect to servers with spaces (only if they are still in the lobby). 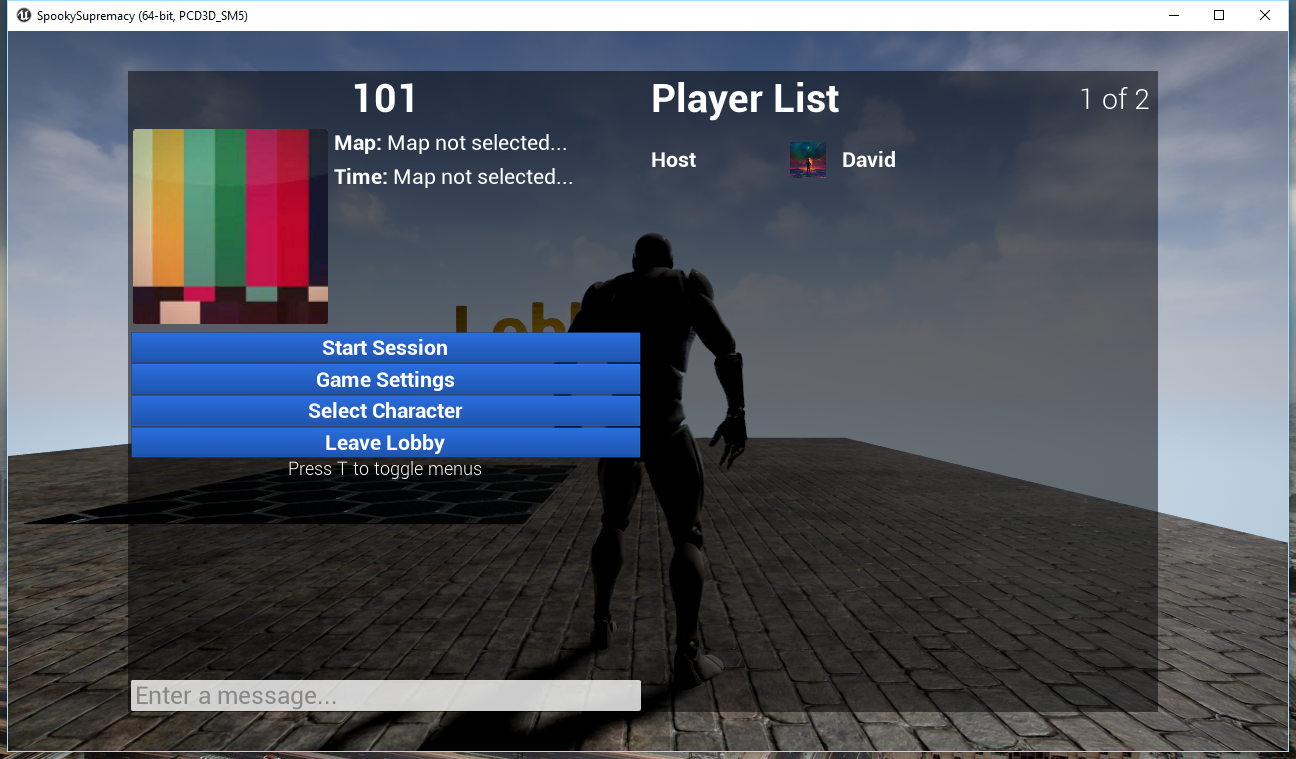 The host's lobby screen. This screen differs depending on if the player is the server or the client (clients have a "change status" button in lieu of the Start Session and Game Settings buttons).

This screen allows hosts to start the game, change the game settings and kick players from the lobby. All players can select characters.

The lobby menu also features chat and can have its visibility toggled by pressing T.

As only one character type can be chosen at a time, a selected character is greyed out and cannot be selected by other players.

The lobby updates all players when anyone changes their character, deselects a character or leaves the lobby. 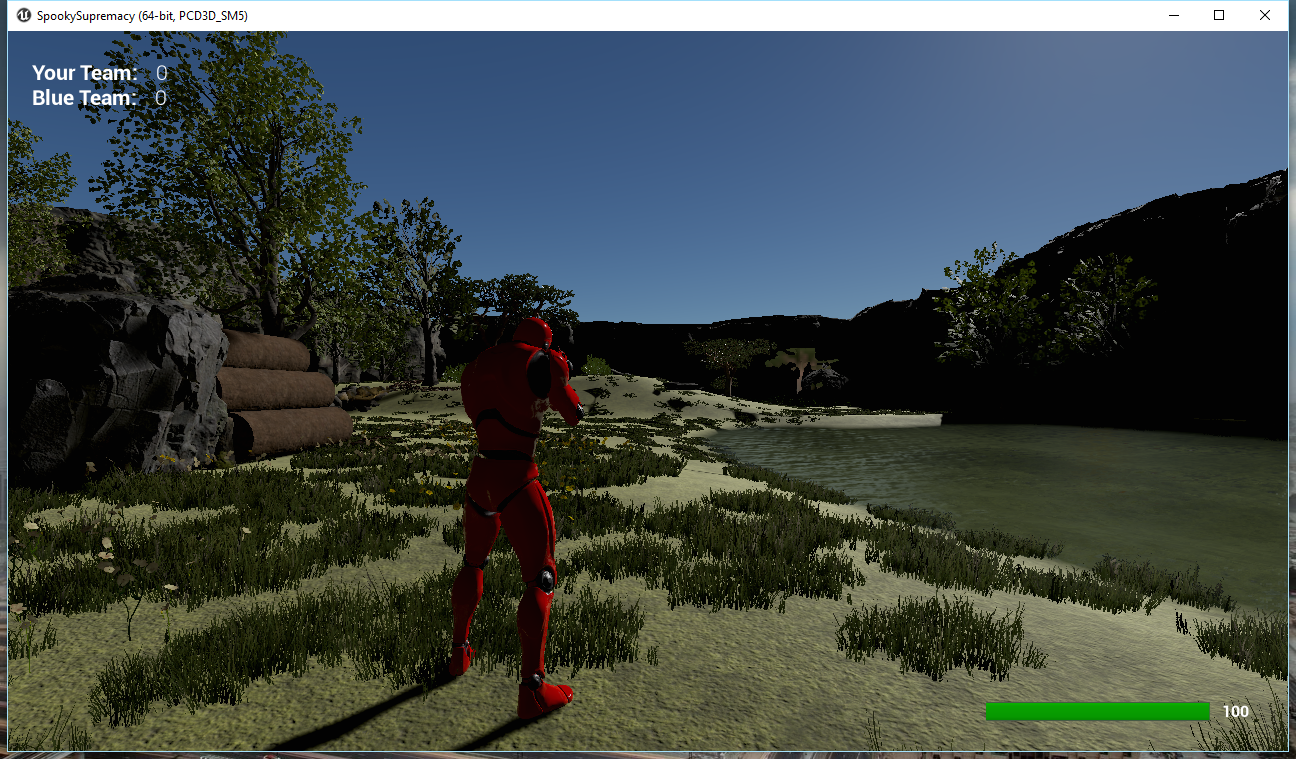 A red human in the game world.

A human's job is to eliminate the enemy team. They can also capture domination points for their team.

Besides WASD and mouse, characters are equipped with flashlights (activated by pressing F) and can change the camera zoom (by scrolling the mouse wheel). 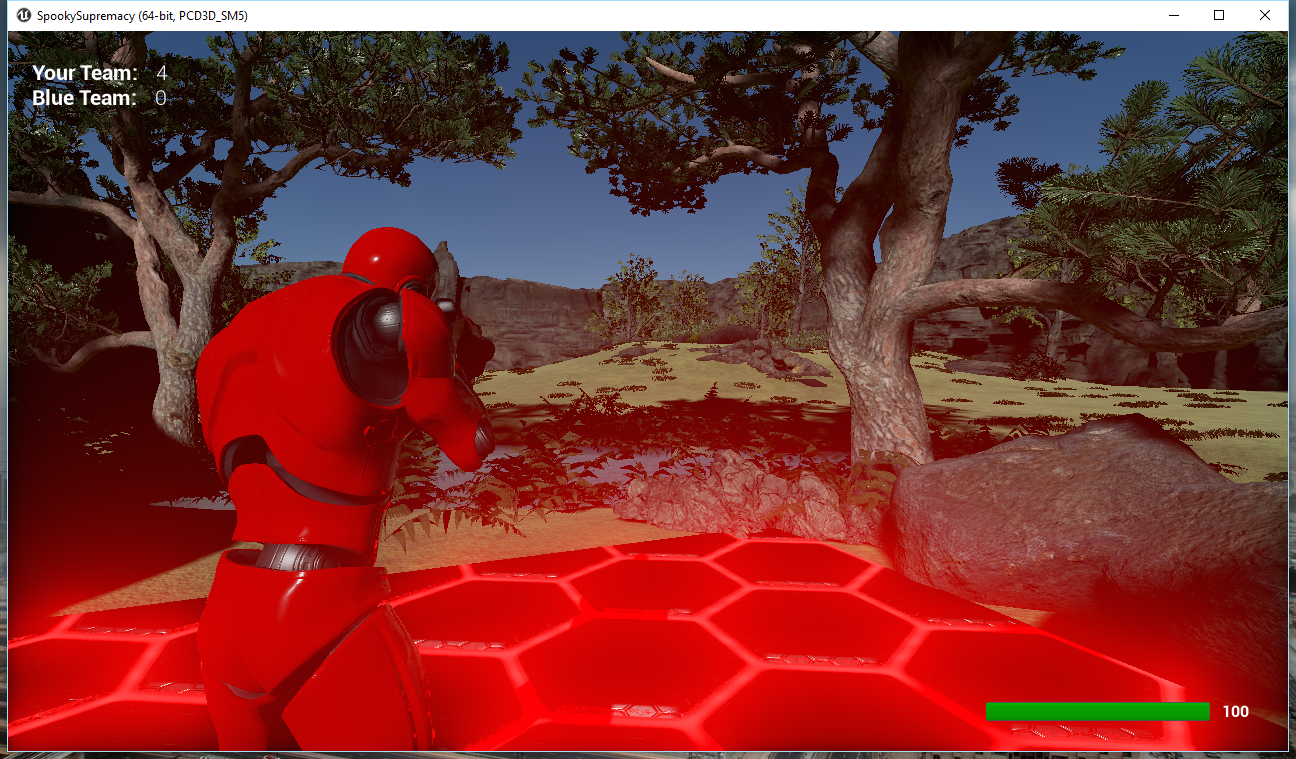 The player score increase depends on the number of captured points - owning all three will increase the team's score faster than owning just one. 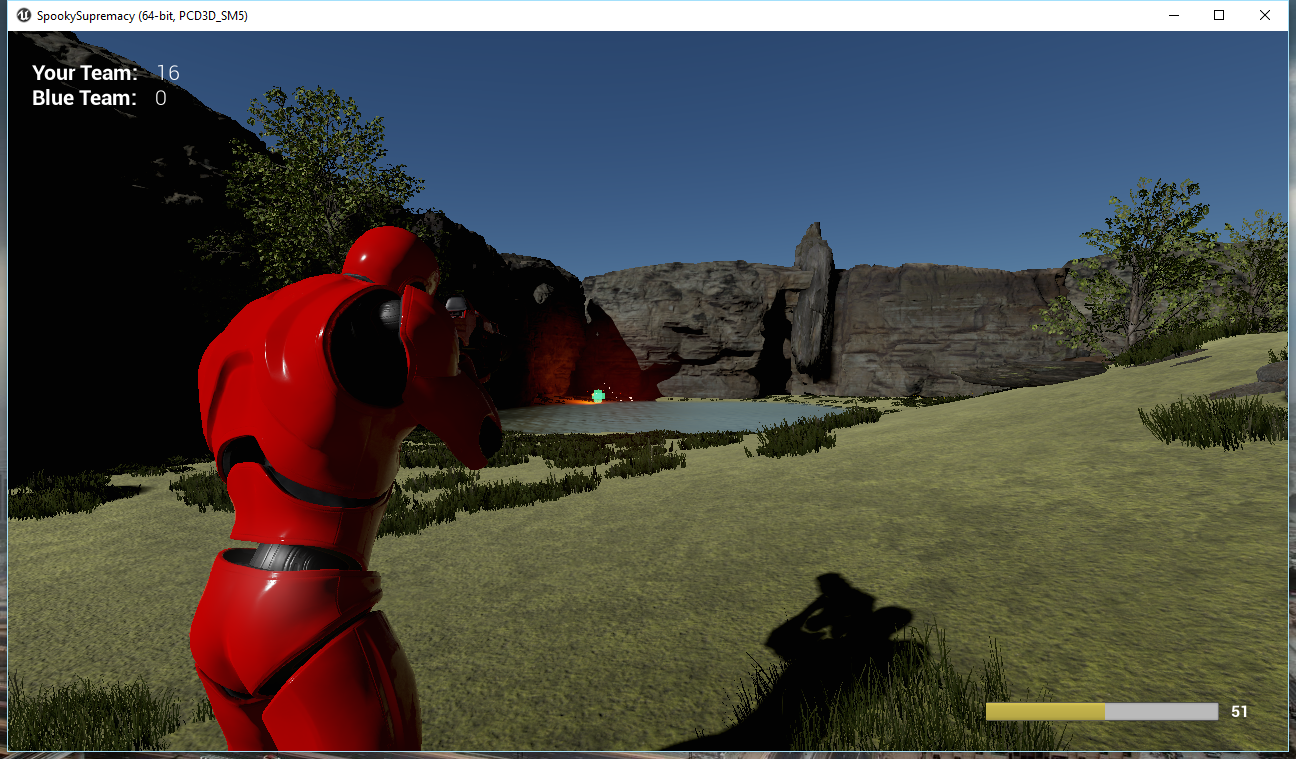 A red human with 51HP. The health bar changes colour depending on a player's health.

Player health can be regenerated by picking up a health pickup (increases by 20HP), though health automatically regenerates above 91HP.

When a player reaches 0HP they die and are respawned at their initial spawn point. 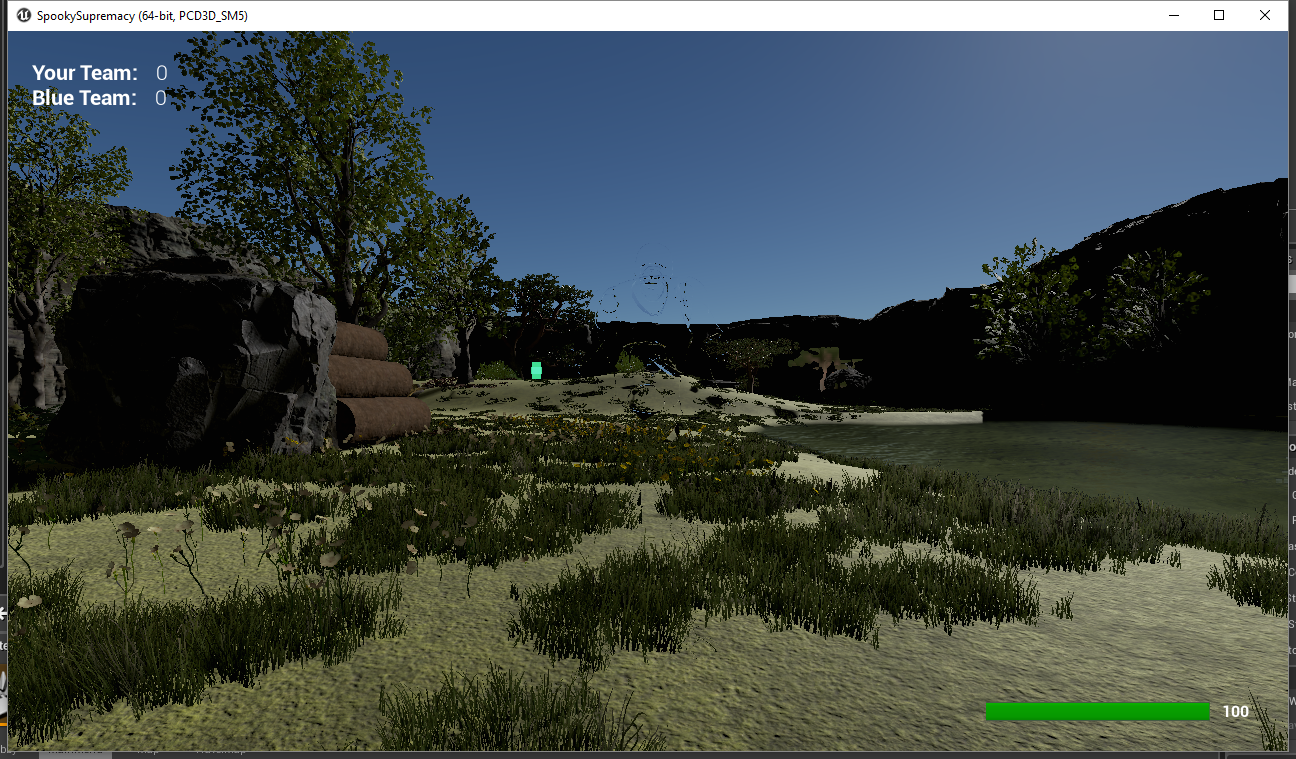 A red ghost stood still. Ghosts are barely visible when stood still, or semi transparent when moving (see below).

The aim of a ghost besides capturing domination points is to activate traps, which cause damage to the enemy team. 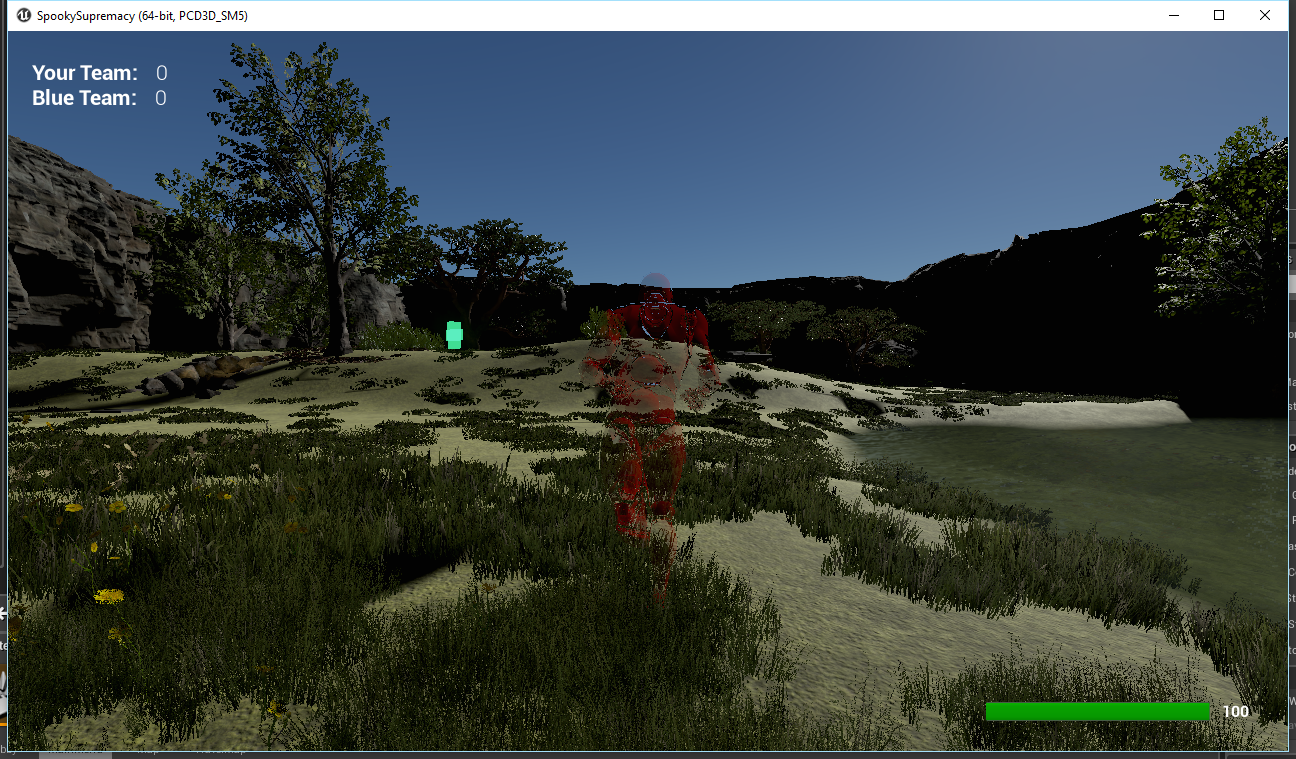