This project was developed for one of my final year modules, which tasked me with designing and implementing an AI that would beat a simple AI developed by my university lecturer. My AI was used by six bots on the game’s red team, which had to capture domination points and eliminate the opposing team’s bots, as well as reload when necessary.

My AI is made up of three core concepts: A* Pathfinding, Reynold’s Steering behaviours and finite state machines.

A* pathfinding is used by the bot’s to find the best path (one that has the lowest cost) for the bot to reach whatever its target is set to. The map is analysed at the start of the game and a vector of nodes is stored to use to generate each bot’s path.

The behaviours system is used to allow the bots to actually move around the map – behaviours included actions such as avoiding walls; finding a path; and going to or from their targeted point in a number of ways (e.g. moving quickly to the target, slowing down as the bot approached the target or fleeing away from the target).

Lastly, the game uses finite state machines to manage tasks and set up the behaviours of each bot. There are currently 8 states, all of which inherit from one base state class. Each of the states is implemented as a singleton, so only one instance of the state exists at a time. The states include:

Additionally, the project also includes basic networking support for the game using Winsock2. This allows a server to host a game and for up to four clients to connect to watch the game. Each client operates its own instance of the camera, so each client can individually move around and zoom into/out of the map. Setting up the server or joining a game is done through the menu system before the game begins (pressing H starts a new game as a server; J brings up the IP address menu). 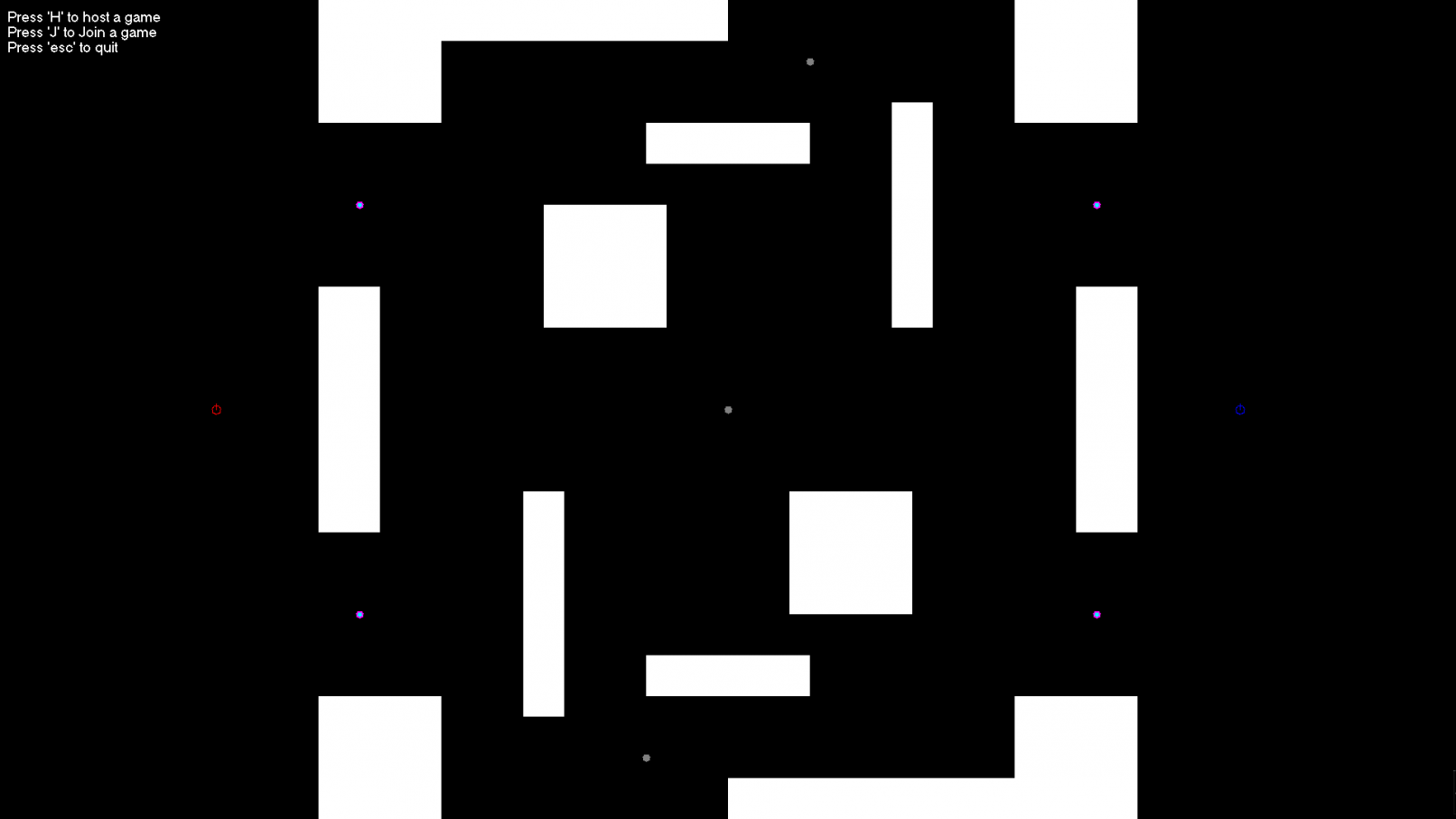 Game prior to starting 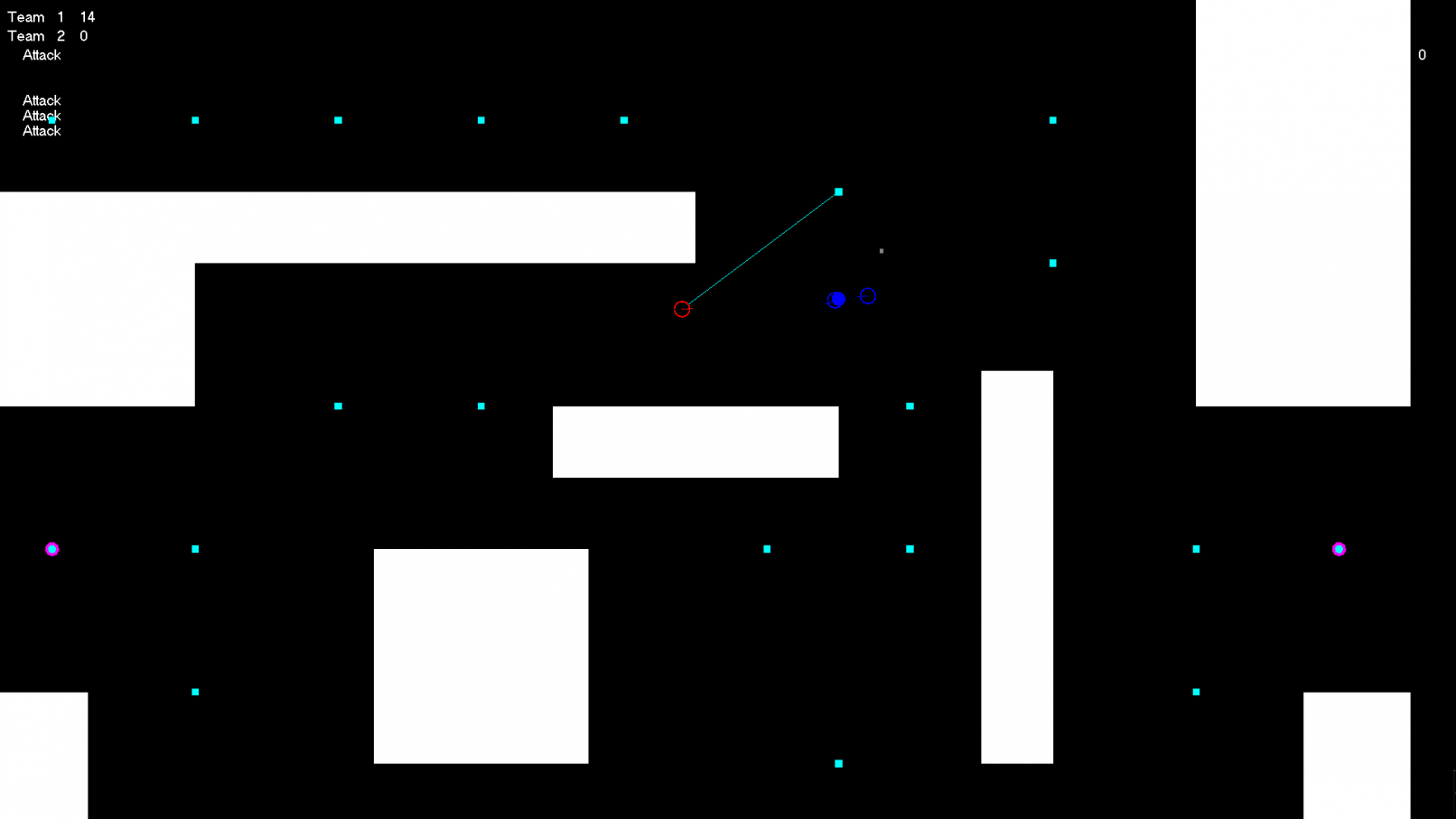 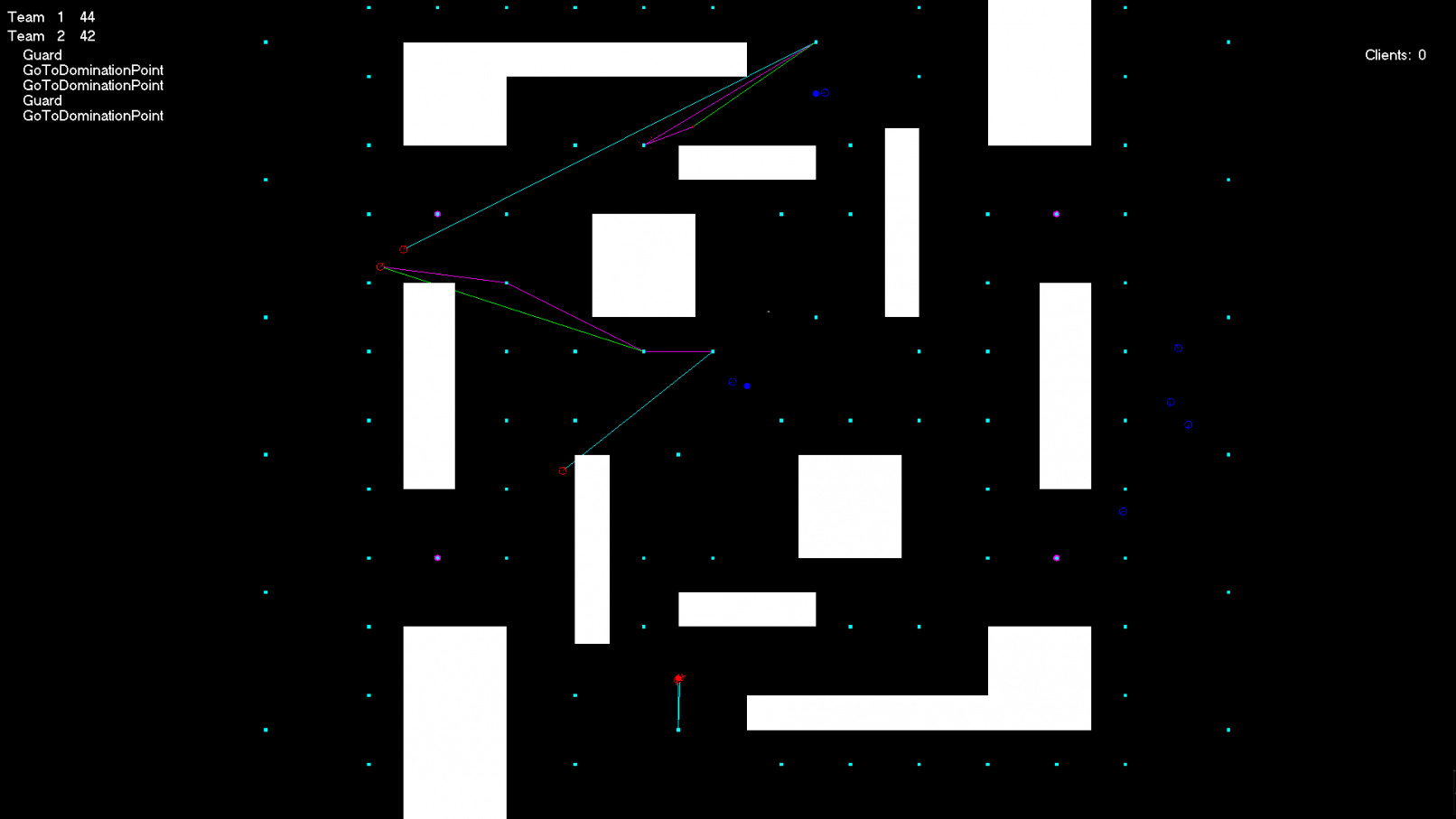